today I has to detect the machines IP. So I thought to make use of “awk” for it and got build this command

first get the ifconfig output to awk, find “inet addr:” in it (for ip version 6 use “inet6 addr” ) than cut it in piece and pick the second one

as simple as that 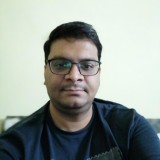